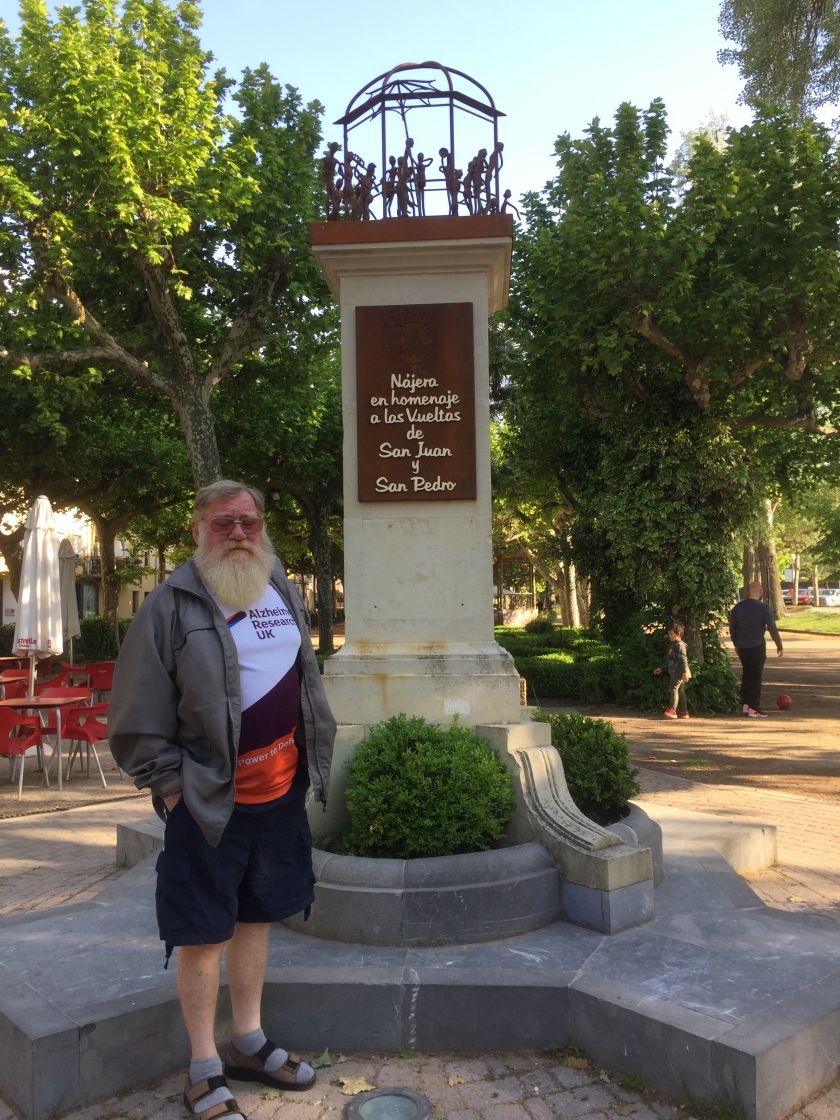 Don’t really remember where I left off but think it was when we were in Viana, from there our journey took us through what we thought was going to be a wee village called Ermita de la Trinidad de Cuevas,  well all it was, was a Church, coffee truck and a picnic area.  Bit sad for us as we had only had a banana for breakfast thinking we would get breakfast there, on we go the the next, what we thought was a wee village “Cruce/La Rioja”.  We should have known from the last name “Cruse”, anyway La Rioja is the district.  So we arrived in Logrono.

Feeling bad as we were we decided to have our bags sent on especially since it was going to be a long walk.  Talk about a comedy of errors, they misplaces out bags in another location with a similar name.  We did finally get them.  Our journey from Logrono through Pasarela, Parquue de la Grajera, Altode la Grajera the last two having beautiful views then into the town of Navarrete.  We had done 12.7k and just fell into bed

From Naverrete we journed another 10.5k most of which was up hill to Najera, really gruelling days for us and ended at the Doctors to find we both have bronchitis so tomorrow is a day off taking antibiotics.  We will start again on Monday but will do three short journeys over Monday, Tuesday and Wednesday.

All being well I will feel more like taking pictures as the last three days it felt like an effort to get the phone out.  Did get a couple though